MY EXPERIENCE WITH THE ASIAN YOUTH ACADEMY & ASIAN THEOLOGY FORUM 2019

Amila Perera OMI: As an Oblate seminarian I would like to share my experiences from the great opportunity to participate as one of the delegates from Sri Lanka in the Asian Youth Academy and Asian Theology Forum 2019, Chiang Mai, Thailand, 1st to 11th August 2019.  This was held at the Communal Life of Love and Unity of the Mountain People (CLUMP) Centre.

First, my heartfelt gratitude goes to the Asian Lay Leaders (ALL) Forum and International Movement of Catholic Students (IMCS) for inviting us to participate with the Young Christian Activists from 12 Asian countries that brought together people from distinct professions and backgrounds. The 70 delegates along with excellent speakers discussed and shared diverse issues under the theme “Wisdom of Religions/ Cultural Traditions in Asia as Responding to Ecological Crisis and Human Security”.

At this point, I will recall a few personal experiences that touched me during the programme. One was our exposure in Pa Pae village which is located 120Km away from the CLUMP Centre. The village is blessed generously with natural resources viz., rivers, natural springs, fruit orchards, fertile soil and intriguing flora and fauna. This serene atmosphere gave me immense opportunities to reflect on the beautiful spiritual bond that is established between humans and nature.

“Praise be to you, my Lord, through our Sister, Mother Earth, who sustains and governs us, and who produces various fruit with coloured flowers and herbs”(LS: 1)

We experienced a ‘home stay’ in the village for three days which was inspiring and educational for all our group members.  We were able to explore the unseen rich culture of KEREN and LAWA tribes (both tribes have migrated to Northern Thailand territories over a hundred of years ago from Myanmar and Cambodia). Many among the hundreds of families of the village recognise themselves as Christians and Buddhists while few still follow tribal spiritual and ritual activities and practices. It is worth noting that none of the villagers seem to have not forgotten their local culture and traditions which certainly contributed to the progress and unity of the community.

We visited all three religious centres of the village, i.e., Christian, Catholic and Buddhist; Royal initiated organic farming project, rice bank project and a village school.  We also participated in a meeting with the Chiefs and Elders of the community and they voiced their concern regarding the government’s proposed plan on declaration of a national park in the area, which will be a faltering obstruction for the inseparable unity between nature and the mountain people.“…It is essential to show special care for indigenous communities and their cultural traditions. They are not merely one minority among others, but should be the principal dialogue partners, especially when large projects affecting their land are proposed. For them, land is not a commodity but rather a gift from God and from their ancestors who rest there, a sacred space with which they need to interact if they are to maintain their identity and values” (LS: 146)

We were well served with organic food and beverages (babycose and rice wine was my favourite) by our host families and their hospitality towards us was indeed remarkable and will be remembered.  It should be mentioned that although the villagers have many links with the outside and developed world, they have chosen to live a life of simplicity and with minimum recourses. It is amazing to see the young people who work in the city, come back to the community during weekends.  This is a clear sign of how deep rooted their culture is in them and what they envision about the future of the community of Pa Pae village.

In the academic forum we discussed topics such as Neo Liberalism, Need to establish a Synodal Church, women leadership and decision making role in the Church, Roman sex abuse summit and breaking the culture of silence in Asia, gave me an insight and a broader vision into my religious life and spiritual practice.  It reminded me continuously of my social responsibilities.  It is about first waking up to the realities of the world and signs of the time and then working to build an inclusive Church which embraces the earth community with respect, love and sensitivity. Our Academic discussions on various topics are to be commended in many respects for its unique message given to all of us in order to recognise the urgency which is required to address climate change, disproportionate effects on the poor, peace building and creating inclusive communities in Asia.

Our many visits to the NIROTHARAM VIPASSANA meditation centre, which was located close to the CLUMP centre, gave me an incredible opportunity and insights to ponder and reflect deeply on the role of women leadership and empowerment in our communities. I was deeply convinced after speaking to the Buddhist Bhikkunies, who had been brave enough to travel to Sri Lanka for women ordinations, in the midst of a very much male dominant and patriarchal institutional pressure.  Phara AJahn Nanthayani, Foundress of the community and eminent Dhamma teacher explained about their monastic life style and young Bhikkuni Achirya taught us meditation skills and techniques in a very elaborative manner which got us all interested.

As delegates from Sri Lanka, we presented our country report on the topic “After the recent terrorist attack, what should be the “possible” and “practical” ways for inter-religious dialogue? This was timely and relevant to the given theme of the forum and Asian context.  We explained the present situation of the country after the heinous acts on Easter Sunday and presented some root causes for such a tragedy from what we have observed over the past several years in the country and the world. Identifying Muslims as a kind of degraded species from the world and particularly in the country was clearly described as an obstacle for an effective inter-religious dialogue. In our lengthy presentation we stressed the following components: transformation of attitudes towards Muslim community, positive interactions with Muslims in the country and the value of listening as some of the practical and effective ways to engage in inter–religious dialogue in the country.

As an Oblate seminarian I’m not only grateful for the opportunity given me but also for the establishment of a valuable link between ALL Forum and Oblate Family through AYA/ATF 2019. I consider it something beneficial to continue our Oblate heritage which we have received from St.Eugene De Mazenod, our beloved Founder, who put youth at the centre of our call to mission (36th General Chapter Art 18).  ALL Forum also aims to empower Young Catholic leaders of the Church at social ministry levels which includes similar objectives of the Oblate JPIC (Justice, Peace and Integrity of Creation) programme such as education and advocacy, efforts on behalf of the disadvantaged people in our society and promotion of the integrity of creation through education and advocacy. It should also be mentioned that two Oblates viz., late Frs. Peter Pillai OMI (1904-1964) and Tissa Balasooriya OMI (1924-2013), contributed immensely to cause of social justice in Sri Lanka and established Sri Lankan University Catholic Students’ Movement, with a strong vision towards forming young social activists locally and internationally. Finally, their dream has become a reality through the IMCS in which Fr.Balasooriya motivated youth and, as the first Asia-Pacific chaplain of the movement, which play a major role in supporting for the ALL Forum today.

In response to a request from AYA/ATF 2019, we presented an action plan for the Oblate Seminary and for the Sri Lankan University Catholic Students’ Movement for a year. The presented document is dedicated mainly to establish an effective inter-religious dialogue within our own communities and neighbourhood in order to eradicate anti-Islamic and anti-Muslim discriminatory practices and sentiments from many Sinhalese and Tamil people in our society especially after the Easter Sunday terrorist attack in Sri Lanka.“Our Congregation, an “expert in internationality”, cannot be absent from these debates on Islam. Now, by our presence in various Muslim contexts where Christians are a tiny minority the Oblates living in these areas are an essential resource for understanding the phenomenon in its complexity” (36th General Chapter on Islam).It has also highlighted the importance of caring and that ‘the earth’ is our common home and has given possibilities and ways to respect and acknowledge a person’s dignity.  Flora and fauna are an important link and source to acknowledge the sensitivity of all that is around us and the environ we live in. 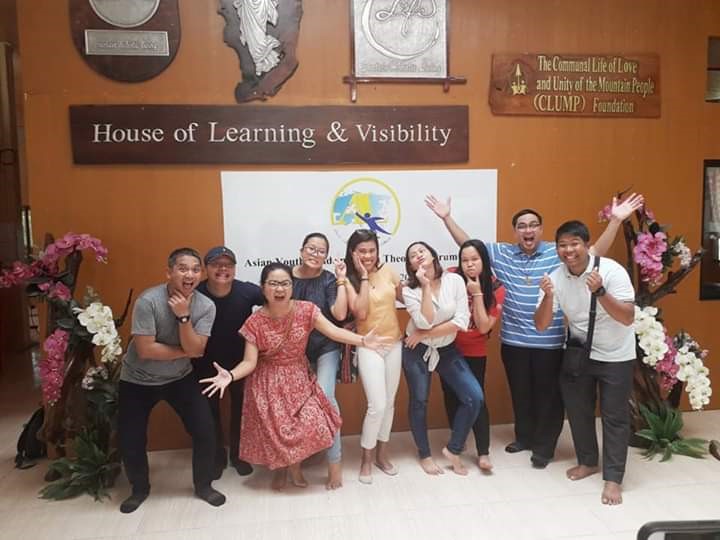 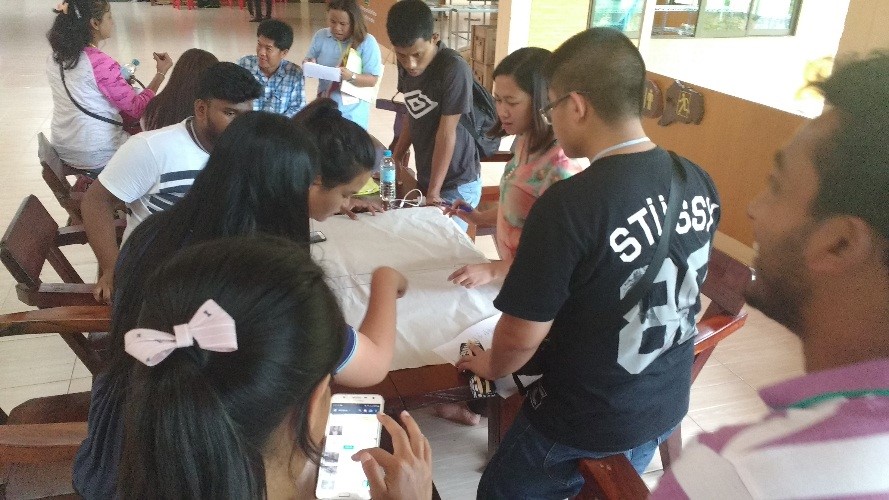 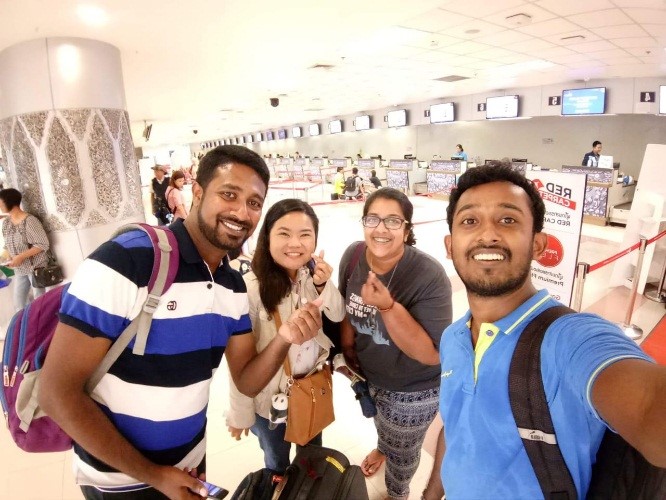 Inter-faith dialogue is a challenging process which advocates differing religious traditions to encounter each other to break down man made divisions that stand at crossroads or centre of most misunderstandings and conflicts.  It should be a platform for people reciprocating and understanding different faiths and cultures which then let them live in harmony.  Communities of diverse faiths should need come together to develop a neighbourhood and its environs.  It is crucial that participants lay aside attempts to evangelise with an attitude of exclusive supremacy or dominance. Inter-faith Dialogue therefore, should not be something that takes place officially or academically but rather be an essential part of daily life, with the intermingling of different cultures. Inter-faith Dialogue should be a channel for peace-building based on respect and should always remain an open forum for interaction and discussion.